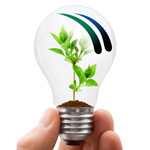 Co-founded by Old Rhodians in August 2012, the SABLE Accelerator is a knowledge and consulting network of highly influential expatriates, dedicated to jump-starting South African business ventures in global markets.

Offering their know-how on access to capital, licensing, markets and partners, SABLE’s advisors—from CEOs to university academics and NASA technology pioneers—have signed up expressly to give back to local innovators and South Africa’s economy as a whole.

SABLE is partnering with the CSIR and The Innovation Agency to optimize technology transfer and intellectual property pathways for local start-ups. It has also forged close links with SA Good News and Brand South Africa as part of its core mission to help boost South Africa’s image as well as its competitiveness.

After a generation of competing as outsiders in the West, South African expatriates have emerged not only as insiders in their fields, but often as leaders of global industries. Beyond well-known names like Elon Musk, YouTube financier Roelof Botha, or Westpac’s Gail Kelly, South Africans now lead a swathe of key western institutions, from the Stanford School of Business to giant pharmaceutical companies like AmerisourceBergen to America’s largest residential clean energy company, Solar City.

Their common message is this: South African entrepreneurs no longer need to cold call for partners, knowledge transfer and funding in the west; in scaling the cliff face of the global marketplace, they’ll find highly placed mentors with surprisingly familiar accents at the top end of the rope. Crucially, these experts are also on hand to advise on product strategy in western markets and to guard against the notorious downside of South African ingenuity: the best product doesn’t always win, especially with an overwhelming focus on product development (just ask the ingenious designers of the Rooivalk helicopter and the Joule electric car).

For new initiatives, SABLE’s services extend from business planning and product incubation to market research, access to early-stage funding and initiating first contacts in the U.S. For developed companies, services include M&A assistance, IP licensing, government regulation compliance and, above all, market growth.

Are you, for example, a life science start-up and wondering how to license and commercialize your drug or device, as well as how to navigate standards and compliance with the Food and Drug Administration? SABLE’s Dr. Stephen Bell (yet another Old Rhodian) has not only co-founded a $250 million pharmaceutical company from patents he personally re-engineered in American labs, but he is now a trustee with the U.S. Federal Trade Commission—and his Life Science Initiative team is available to guide you through it all.

Are you an exporter needing to map customer demand and trends within the US market? SABLE has three key South African academics at the Stanford School of Business to help survey the landscape for your product, as well as an abundance of expertise on entry and soft landings in new markets.

It’s notable that every one of the dozens of Old Rhodians directly associated with SABLE credit their university education, in addition to the broader fellowship among its alumni, for much of their stunning commercial success overseas—from Raymond Low, Chief Financial Officer at AXT, to Desmond Low-Kum, Risk Director at the Stanford Management Company.

And it’s the innovative, big-thinking, collaborative spirit of Rhodes that is driving this new business bridge for all South Africans. A new survey of more than 300 expatriate alumni makes clear their collective optimism for the country and their commitment to support homegrown ideas. SABLE is committed to nurturing the nurturer, assisting with both the structuring of the university’s Technology Transfer Office and the launch of a new Biotechnology & Innovation Centre.

But SABLE’s own growth will hinge on your response to this new, uniquely South African tool for success. The knowledge network invites all South African innovators, entrepreneurs and academics to consult the website and become members (or expert advisers), and to talk advantage of bright western trails already blazed. Learn more at http://sablenetwork.com.