At 87 years of age, South African-trained Clive Shiff is surely one of the most experienced full-time researchers and lecturers in America’s entire health sector.

While global health authorities have consistently promoted mass drug programs, Shiff – a professor of molecular microbiology at the Johns Hopkins Bloomberg School of Public Health – has successfully championed an environmental, Africa-specific model for the west’s response to parasitic diseases in the continent of his birth.

The Rhodes University alum has been a key member of teams that have crushed the tsetse fly as a public health threat in southern Africa, and which now have a data-enriched handle on the malaria and bilharzia parasites, and have them on the run in many countries.

Crucially, Shiff is now unpacking a deadly secret that mosquitos have always held: that they don’t necessarily need rainfall to propagate their disease. Instead, Shiff is working with a team that is finding that – even in totally rainless conditions – the transpiration of plants and trees is sufficient humidity for malaria to spread, and that it can even be measured to predict malaria hotspots.

But even after more than three decades of cutting-edge work in the US, his philosophy remains the same: that the continent not only needs disease solutions that suit the economic and cultural realities on the ground, but also that Africa produces the biologists behind those sustainable solutions.

In his current role at Johns Hopkins in Baltimore, Shiff has lead key research in the relationship between bilharzia (now called schistosomiasis) and bladder cancer, and remains an investigator at the Malaria Institute at Macha, Zambia.

At 87, Shiff not only performs peer reviews of academic articles, but remains a full-time researcher, teacher and PI for programs that affect tens of thousands of lives.

Shiff told SABLE that he remains optimistic about continuing advances in the fight against parasitic disease, and profoundly gratified for his long career in the field on both sides of the Atlantic.

“My main work has been with bilharzia and malaria,” he says. “My work here at Johns Hopkins has been hugely rewarding; thankfully the University has no set retirement age, so I keep going at the ripe age of 87! And I suppose my central role has been to demonstrate and argue for sustainable solutions, especially in Africa.”

He adds: “Very few people in the west are talking about Africa-specific solutions, like community acceptance, or and the development of biological careers in Africa.” 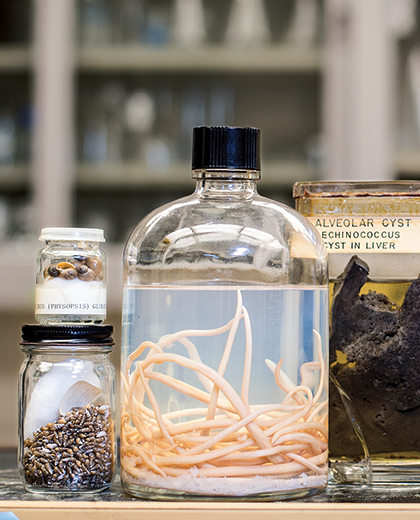 Recently, Shiff shook the field with a powerful article that stated that “major knowledge gaps” have developed in response to tropical diseases in Africa – because pioneering research done there has been widely ignored, and even because online searches often simply exclude the names of African programs, and even countries.

He wrote: “For schistosomiasis reduction during the mid-20th century, transmission control was used extensively, but these facts are not well reported. In spite of a lack of effective chemotherapy, the disease was dealt with quite effectively in many endemic countries by snail control and environmental management. Sadly, search engines used to retrieve information appear to miss much done by five African research institutes active from 1950 to 1990.”

Shiff completed an M.Sc. in Zoology and Entomology at Rhodes University in 1956, and registered for his doctorate there in 1960.

Now joining the Rhodes University Trust USA board, he told SABLE that he remains deeply grateful to his South African alma mater.

“I’d really love to find ways to repay my alma mater, and help publicize their achievements, in thanks for their setting me up in a career that gave me a footing into this country and its wonderful academia,” he says. “Following my Rhodes doctoral registration, I did my research at home in Rhodesia on the biology of the freshwater snails that transmit infection.” He was twice President of the Rhodesia Scientific Association, “a body that originated in 1896 and represented the wide range of scientists who contributed greatly to the development of local science.”

His marathon scientific career was split between an initial two decades in the former Rhodesia, and almost four decades in the US; most, from his current base in Baltimore.

As a young field officer serving the Department of Agriculture, Shiff literally lived in the bush – among wild animals – for almost three years. He was tasked with protecting 6000 Italian migrant workers – who were brought into the country to build the Kariba Dam – from the deadly “sleeping sickness” transmitted by tsetse flies.

“It was extremely difficult work, and I was basically allowed out of the bush once a year to see a dentist!” he recalls. “They built a village for the construction of Kariba, and my job was to control tsetse flies in the area with an insecticide program. We had to spray the dense thicket along river banks at night, due to the temperature inversion. Tsetse was eventually eliminated in the country by a brilliant young English scientist, who found that tsetse flies were attracted to octanol, an alcohol found in the breath of ruminants. He made these little plastic sachets and put them on gauze screens treated with insecticides. He should get a Nobel prize for that, in my opinion.”

He adds: “And yes, we did have encounters with wild animals. We had a rhino that got upset, and it pushed its horn through the radiator of my colleague’s vehicle, and it charged across the river, right through our group – it sounded like an express train coming. Fortunately, it didn’t hit any of us.”

Shiff then moved to lab work, and then began a new focus on malaria and bilharzia for the Ministry of Health, initially becoming the first medical entomologist in Northern Rhodesia.

“We had a very good anti-malaria program going in Rhodesia after 1950, and I joined them in about 1959,” he recalls. “I spent most of the 20 years I worked for the Rhodesian government working on bilharzia, and in those days there was no easy treatment, so we worked on controlling snails in the water by spraying. We also researched and developed the design of cheap, odorless pit latrines that combat parasites; that’s real control. The WHO’s program is really mass drug administration, but they’ve forgotten that pit latrines that are clean and acceptable to communities in Africa are really important.”

Shiff’s deep experience with African diseases – and, crucially, African communities – has since informed his teaching and research at Johns Hopkins.

He says a major grant from Michael Bloomberg, in 2001, to what is now the Bloomberg School of Public Health – the largest public health training organization in the US – had enabled a dramatic expansion of disease-fighting programs in Africa.

“One of the things I pressed for was a field station in Zambia, and we now draw critical data from a network of clinics there,” he says.

However, Shiff has also had to guide plans in terms of unique African conditions – such as that an entire hospital in Southern Zambia where his team was building a research institute had no landline telephone. 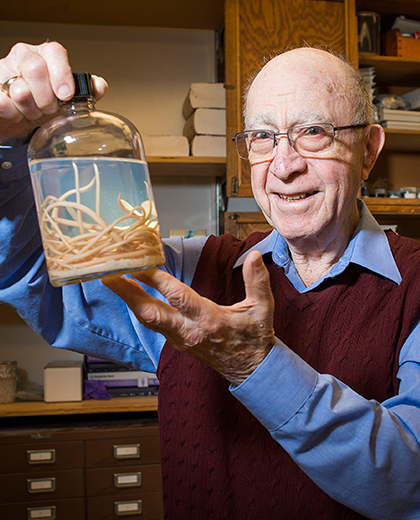 “You had to go 30 kilometers from that hospital to find the first working landline! And this is after the year 2000,” he says. “We installed a dish for Internet, and we had Internet functioning in about 2002, so we could communicate with our people. Now everybody has cell phones. What we found with the rural health clinics was they were starting to use rapid diagnostic tests for malaria, which originally Tanzanian colleagues and I had tested in Tanzania. I realized if clinics are diagnosing malaria and are using cell phones, they could use SMS texting to tell us how many cases of malaria they had diagnosed weekly, and with 16 centers, we could build very good incidence data on malaria that we could use for planning; for predicting outbreaks; for mobilizing resources.”

But Shiff says Africa’s best defense against disease will be the development of African scientists.

“What worries me is that expertise is still coming from the US, UK and other countries; what is needed is that the expertise comes from Zambia and Africa more broadly. There just aren’t local careers available in the biological sciences,” he says. “South Africa and Botswana still have scientific strength, and Zambia has a scientifically-orientated Ministry of Health. But there still aren’t sufficient career opportunities for epidemiologists and biologists in the field. African ministries of health employ medical doctors, because they can augment their salaries through private practice, but physicians are not always scientifically orientated. Africa needs biologists and epidemiologists. We need careers for these young people so they can continue the work. It is happening really only on a project basis at present.”

A father-of-two, Shiff lives in Baltimore, where he also cares for his wife, who is living with a debilitating illness.

He keeps fit by walking extensively, and he still attends – or presents – at research seminars, in addition to teaching in the Department of Molecular Microbiology.

“I have not retired at all; my work output is the same as it has always been, plus reviewing and also participating in committee work,” he says.